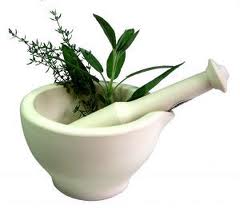 Warning: This is a rather lengthy read, so I encourage you go grab a snack and cup of java, sit and enjoy! LOL

So back in February when I was officially done with Steroids I went in search of a "cure" for my eczema.

I woke up about a week or two into my TSW and my hands had really gotten bad.  I mean they were split at every joint, skin practically hanging off, oozing yellow crust non stop.  It was a nightmare! And since they were so tender, I couldn't scratch them.  I was miserable.

So the first thing I looked into was a homeopathic doctor. (side note: if you have tride homeopathy/nature path/acupuncture and it worked for you, I am happy for you, these things just weren't effective for myself).  Anyhow so I called a homeopath.  She answered my call on a saturday!  I was impressed.  I told her my situation and she said I could come in on teusday to see her. In the mean time she suggest soaking my hands in salt water to dry out the ooze.  I was ecstatic that now I have a doctor that will spend hours with me, and really "get to know me".  Now while that's all fine and dandy, it would come at a small cost of $200 a session. But hey that includes my medicine, so that's a deal right? Wrong!  So that weekend, since I was so stoked about the new doc, I did some "homeopathic" research.  On all the doc sites there were wonderful testimonies, but off the sites I couldn't find any.  Then I found an article.  This guy decided to try out the homeopaths to cure his eczema.  He had a week by week update.  In hindsight now I can see he was just going through TSW,but his consenses was homeopathy doesn't work.

I looked a little further into the meds.  Think of a swimming pool filled with water and I drop one splash of red dye inside.  Then I take a glass of that water and tell you this water will dye your clothes red.  You would look at me and think I was nuts? Well that's their theory, all of their meds are heavily diluted-basically placebos!  I am so thankful I did my research prior to spending the money. It also dawned on me, if she had a cure for my eczema and gave it to me right away, she would be out of a patient (money).  So why wouldn't she just egg me on further.  I now realize if someone was healed with homepoathy, it's a cover, they are taking credit for TSW. And if you stick with it long enough yes you will be healed, but you will think it was that cup of pool water with a touch of red dye, and not realize your body just healed itself naturally.  What a shame!  So I escaped that and moved on to my next cure...

DIET-last year I had started a "sugar free" diet.  Read blog for more details.  I noted my skin got better during that time.  So somewhere in my mind I thought that was why my skin was better.  I didn't take into account that I have had many stretched where my skin is better and I probably touched up my skin with some steroids every now and again sub-consciously to keep symptoms at bay.  But no no, when you are in search for a cure, you will believe anything.

So I decided I would cut out sugar.  And while I was at it, I added, gluten, dairy and meat! Ha!
What the heck was I going to eat?  I am a bit embarrassed to say I still eat like this, but for completely different reasons now.  And I am a bit luke warm with it.  I had a burger today-first one in months.  But I quite enjoy this vegan style of eating and "feel" much better.  But my skin...in the beginning there was really no change. I thought well it could be a "healing crisis", after about a month, with a couple slip ups in between I realized this had nothing to do with my diet.  The real breaking point was a month back.  I had eaten like a champ all week, no cheating.  So I indulged in a white chocolate brownie (mmh-mouth watering now) and a pesto cheese sandwich  with tomato bisque soup(I had been avoiding tomatoes, because they are night shades-what the heck is a night shade?)  Anyhow, I thought for sure in the morning I would pay, I woke up and my skin was better.  So that day I had some more junk. I just wanted to prove that diet was causing the flares.  Well the same thing happened.  Skin had improved!  Since I didn't want to risk it any further, I proceeded to my healthy vegan diet.  A week or two later-BAAAMM hellish flare.

So diet was ruled out.  What about supplements and topical stuff?  I took a trip to my local health food store. $175 later (lol could have visited that doctor) I had my cures in hand!


This is what I bought
1) Skin Disorder Pills-testimonies of eczema gone within days-ooooh sounds promising? NOT! Was some sort of blood cleanser! Waste of money-at least I am entitled to a refund :)

2)Spirulina-Jury is still out on this one.  Basically I still take it, it has to do with digestion-and if you read up on eczema a root cause it the famous "leaky gut".  Well I am way more regular now-soI guess it did its' job-but I still go through regular flares and quiet peroids.

3) Zinc-apparently excellent for skin.  Don't laugh, I still take it-just because I paid for it. ButI had missed days and no difference.  I look forward to when these things are finished to see if their is remotely any change, but I doubt it.

4)Slippery Elm-another digestion aid-stopped taking because the spirulina seemed to do the trick, and I  mean how many pills can one take in a day?

5) Omega Pills- There was a time I took fish oil (gross tasting) I noticed huge difference in my skin, these capsules have done jack for me.  I may resume to the fish oil-but really i hate the taste! -__-

6) Dead sea salts- There was a couple weeks I lived in the bath with this, then I began to run out so I cut down.  It dried out my ooze, once their was no more ooze their was little change from it.  And mid-flare-it caused serious discomfort.  When I stopped using it my skin continued to get better.

7) Drinking olive oil daily-Ha, this one did nothing but make me feel gross, naseated and oily inside! LOL

8) La Mer Cream-this sweet cream is about $300 for a 3 oz jar.  LOL I walked into Holt Renfew after reading some promising things about it.  Applied to my skin-my hand immediatly flared before the consultants eyes! LOL right after she told me how soothing and awesome it is.  Next day rash went down a bit, but there is no way I am going back for any samples of it.  I wasn't even flaring when I used it, and I tried it on the most durable part of my hand.  Not to mention the ridiculous cost for less than a half jar of vaseline!  Don't bother with the stuff!

I am truly thankful to have come across the ITSAN site, because eventually I would have not been able to cope tieh the "healing crisis".  Especially with the patter of TSW getting better than worse and better again.  That doesn't quite line up with natural healing methods.  An initial healing crisis is understood, but how could they explain a flare 6-9 months later?  In short-well actually in length haha, its all a gimic!

I think one vital thing to remember in trying to cure your "eczema" is that, it's not eczema!  So while some of these things may work for a genuine case of eczema they aren't for Topical Steroil withdrawal & Red skin Syndrome!

I feel really sad when I read about people spending all this money and time on these holistic/natural remedies.  And they actually believe that's what cured them! Ahh no!  You just successfully made with through TSW-with an added cost!  Don't get fooled friends! There is not quick fix to TSW.  From what I have read everybody has their own experience  and most would agree that the above factors did nothing for helping their situation 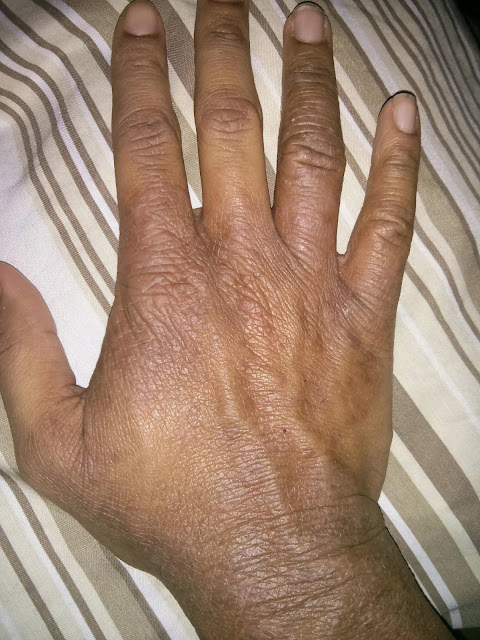 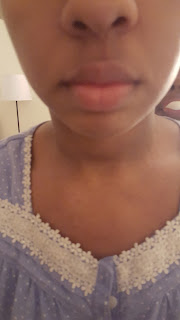 Lady Vee
Wife of one, mother of three, friend to many. Lover of writing and all things pretty.